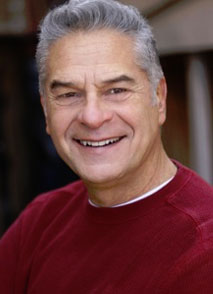 After 40 plays, 40 films, 150 TV episodes, and 85 commercials Clayton stopped counting. He has been a professional performer, actor, director, producer, writer and teacher for over 40 years. Recent film credits include A Sunday Horse, Faceless and Nocturna. On TV he is currently recurring as

Capt. Daniel Mackey on Tyler Perrys If Loving You Is Wrong and can be seen in National Commercials for GEICO and Xarelto. He opens this April in the Atlanta premier of John Patrick Shanleys Storefront Church at the Theatrical Outfit.

On Television he starred as Roger Barrow in the first season of 1st and Ten, the first scripted half hour comedy original series on HBO. He has had recurring roles in eight other TV series including 3 seasons as attorney James Westmont on Knots Landing and 1 year as the evil Gregory on Days of Our Lives. Other shows with multiple episodes include: Dynasty, Walker, Texas Ranger, Without a Trace, and Stargate: Atlantis. As well as starring in the pilot for Used Cars and Guest Starring in the pilot SNOOPS his favorite Guest Starring roles include Becker, Designing Women, Star Trek: Deep Space Nine and JAG. Known to jokingly say his film career goes from A-Z (Assault of The Killer Bimbos to Zombie Strippers) his over 40 films and movies for television include favorites Norma Rae, Fatal Beauty, Pump Up the Volume and The Cisco Kid. His work has been represented at the Cannes (Shes So Lovely) , Sundance (Shadow Hours) and Venice (The Reluctant Fundamentalist) Film Festivals. Norma Rae, Claytons first feature, was named in 2011 to The Library of Congress National Film Registry. It is, however, (sad but) true that more people have probably seen him get sucked down the drain in The Blob than in any other role.

He has appeared in over 40 theatrical productions in New York, Los Angeles, Atlanta and Dallas. He received a Drama-Logue Award, an LA Weekly Award, a Maddy, a Garland Award and a Los Angeles Drama Critics Circle nomination for his performance as Luther Adler in the critically acclaimed production of Names at the Matrix Theater in Los Angeles and recreated the role the following season in the Off-Broadway production. He also received a Drama-Logue for producing the multi-award winning Andreas Got Two Boyfriends.